I've been using an Arduino MP3 alarm clock made by myself for the last five months and the voice control could be a cool improvement.

My MP3 alarm clock is a simple Arduino, with a RTC, a 1.8"TFT display and the most important part is Serial MP3 Player board (YX5300 chip).

Every morning It wakes me up playing a mp3 file. Actually always play the same file, it is a synthesized female voice that says, in a really sexy way, "Good morning. It's time to wake up" but it could play whatever you want. Meanwhile It's good enough for me and, to be fair, this project is still in process.

In the morning when the Alarm Clock starts playing the"Good morning"mp3 file I switch it off by unplugging the Arduino because it is the easiest way, is better than look for a small button. I'm just thinking about use another kind of sensors like ultrasonic or a big button or a keypad.

So that's the scenario I have, and sincerely voice control would be a great improvement.

It would be awesome ask for five minutes more, when Alarm Clock is playing"It's time to wake up",  require a song to be played that depends of the mod that you wake up, and the common tasks like set up the alarm time and switch on or off the alarm by using voice commands.

For this improvement, I need to upgrade from a microcontroller like Arduino to a little board with a microprocessor and a Linux's OS like Raspberry, Beaglebone or Linkit.

About the softwareneeded,wit.ai is really interesting project and It could be the solution.

In the following link there's an example of using wit.ai with a Raspberry pi to choose the colors of the lights by voice commands.

That's the idea, I'll work a little on it, so any help or comments are welcome. 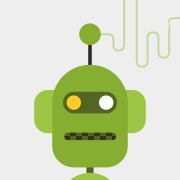